Two things surprised Diana when she took her sons to the Children’s Grief Center of New Mexico after her husband Tony died.

She hadn’t realized she would attend adult grief therapy sessions while Charles, then 9, and Josh, then 6, attended group sessions for kids.

Then, Diana says, “I was surprised to catch myself laughing and having a good time in the group.” It was the first time she felt like she could laugh or enjoy herself since Tony’s death a year earlier in 2008. 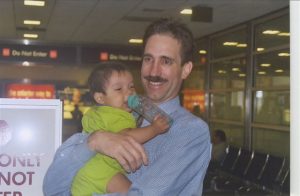 Josh and his dad

Tony taught Charles and Josh to fish, and they loved fishing with him. After Tony died, Josh asked Diana to take him fishing. She hated to fish. But after talking about it in the group, she realized she needed to take Josh fishing. They made a new memory, but not quite the way either of them envisioned.“I was so used to Dad doing all the gross stuff” like cleaning the fish, Josh recalls. 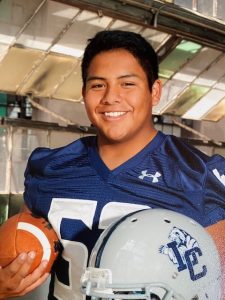 Josh says the CGC group helped him process loss in his own way and his own time.

“You weren’t forced to feel anything toward it,” he says. “You were able to express yourself if you felt like you could and hear what other kids had to say.” 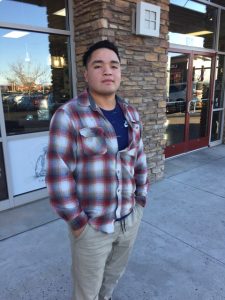 Diana, Josh, and Charles moved to Albuquerque from the East Coast after Tony’s death. They had to build a new community as they process loss. Their first Thanksgiving after Tony died felt lonely with just the three of them.

Diana has remarried, and her husband has lots of relatives in New Mexico. Holidays are “a big deal” now, she says.

“With the tools CGC gave me, I was able to help myself get out of a rut,” Josh says. “My life is more positive now. 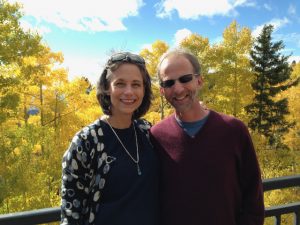 If you had told me I was going to go to college, I probably would have laughed at you. I’m able to take advantage of more opportunities now. I have a clear head.”

Josh stayed active in sports, especially rugby, and he says that helped him through the toughest years, too.

The community Josh and Diana found at CGC helped them both make connections and heal in ways that have shaped their lives since.

“People were dealing with the same stuff, experiencing those things you were experiencing,” Diana says.