Daniel tries to help others deal with the grief of losing a parent. Daniel learned those skills thanks to his time at the Children’s Grief Center of New Mexico.

Often, when Daniel and his mother, Jennifer, are in the car heading out on a new adventure, a memory will cross her mind. She’ll share stories of Daniel’s father, and it makes him laugh as he remembers or learns something new.

“He was a funny person and would say funny things at random,” Jennifer said. “Randomly, I’ll remember things and tell Daniel or we’ll pass places he worked.”Daniel’s father, Francisco, died when Daniel was 7. 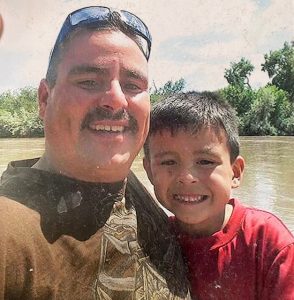 Daniel with his Dad

Now 12,  Daniel tries to help others deal with the grief of losing a parent. Daniel learned those skills thanks to time at the Children’s Grief Center of New Mexico. He went to gatherings at the center every couple of weeks for about a year and also attended its summer camp. But initially, Daniel wanted no part of the center.

But once he got to the center and saw other children his age, he agreed to go to his age group. He said the staff and the group leaders made him want to try it.

“All the kids went through what I went through,” Daniel said. “It helped me express my feelings and be more open about things. It helped me to help others going through that.” 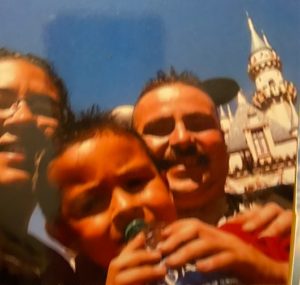 Daniel said it also made him a kinder person, one who notices when other youths are struggling. He’s joining a group at his middle school that centers around dealing with grief. Daniel told his mother he didn’t need the group for that purpose, but he wanted to join because he thought he could help others.

Going to the center also helped Jennifer deal with her grief, so she could also help Daniel with his. Jennifer work at the University of New Mexico Children’s Hospital and had long referred patients to the Grief Center when needed. However, Jennifer said she never thought she’d need the center’s help for herself or her family. She was also reluctant and hesitant when they first went.

“I was like, ‘I’m going for Daniel to help him cope,’” Jennifer said. “I went to my group, and it helped me heal in ways I didn’t know I needed. I loved my group. I was able to open up, and my feelings were validated.”

Nowadays, the two are rooted firmly in the present, and they spend a lot of time together making memories. 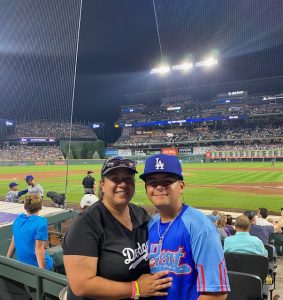 Jennifer and Daniel enjoying one of their adventures

“I’ve always told him it sucks this happened to his dad, but that’s our journey and to never use it as an excuse but a way to cope, go on and keep the memory alive,” Jennifer said.

The two honor Francisco’s memory by continuing to do some of his favorite things. They love to go hiking and camping, especially in the Jemez Mountains, which was Francisco’s favorite area.

They spend a lot of time at baseball fields since Daniel is a “baseball fanatic,” Jennifer said. Daniel plays baseball but also likes to go to games. He likes to watch the Isotopes, and he and his mom have taken trips to different cities to watch games. A huge Los Angeles Dodgers fan, Daniel traveled to LA to watch his team play two years ago. He’s also tagged along on a trip his mom made to Washington D.C., attending a Nationals game.

“It’s a once-in-a-lifetime thing,” Jennifer said. “We like to travel and do new things. This has made me realize we have to cherish the moments we can and do things we never thought we would. I want to give him the best.”