For Kristen, losing her husband of 15 years was simply “not in the game plan.”

Yet she and her two children found themselves dealing with overwhelming grief after her husband, Christopher, passed away from cancer less than six months after he was diagnosed.

It left the family struggling to deal with myriad emotions, including sadness, grief, and anger. 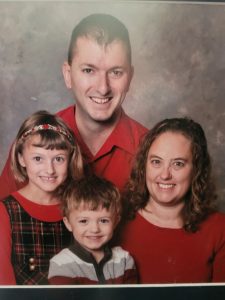 “My son, Cameron, who was six at the time, was mad, really mad,” Kristen said.

For her daughter, Raven, who was about 10 at the time her father died, it triggered some health issues, including chronic migraines.

The three found comfort and understanding when they learned about the New Mexico Children’s Grief Center, attending regularly for about three years.

“It was a safe place for Cameron to express his frustrations,” Kristen said. “It was great for them to know there were other people in the same boat, and there were others to talk to and to have a safe space where they could be whatever they needed to be.”

Kristen recalled one project the kids worked on that left her shaking her head a bit.

“They did a project that was like body parts,” she said. “It was paper cut out into the shapes of body parts. They wrote on it things about those body parts that were significant to their loved ones. They came home, and I was like, ‘What the heck?’ But when you sat down and read it and understood what it was about, I was like, ‘This is so sweet.’”

Cameron and Raven weren’t the only ones to benefit from the Grief Center. Kristen met with other adults, which helped her, as well. She said she also appreciated how the Grief Center “is aware that grief doesn’t follow that pretty circle.”

It’s been seven years since her husband passed away, but the sadness is still present when she talks about Christopher. The next year could be interesting for the family, Kristen said. Raven is finishing up her junior year of high school and will be a senior. She’s starting to look at colleges. 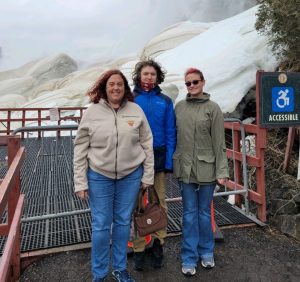 “You look at the upcoming big events and think, it would have been nice (if Christopher were here),” Kristen said.

Raven stays busy these days with Girl Scouts and is part of the Rio Rancho Youth Choir. She likes working with crafts and being involved in her church. She’s looking at colleges and narrowing down a major.

Cameron, who’s in eighth grade, is her “quiet one,” Kristen said. He likes video games, archery, woodworking, and Boy Scouts. Both teens play the cello, as well. Life has continued for the family, but Kristen said they keep Christopher’s memory alive.

“We talk about him all the time and keep doing things we always did,” Kristen said. “One thing I learned is it’s OK to keep talking about the person. Chris is part of our life without being apart