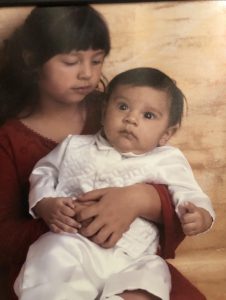 Loyola’s son Daniel would have turned 18 this year.

He would probably be bummed about missing out on high school rituals because of the pandemic. 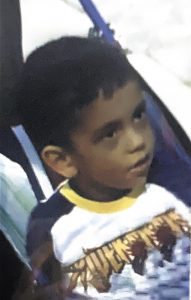 Daniel died when he was two and a half in an accidental drowning at a home on Albuquerque’s Westside. Another woman who had lost a child told Loyola about the Children’s Grief Center. Loyola took her daughter, Leslie, to check it out.

“I thought it was just for [Leslie] until I got there,” Loyola says. “If it wasn’t for the Children’s Grief Center, I don’t know what kind of mother I would have been to my six-year-old daughter. When you’re trying to maneuver being a parent and grieving for a child, you can’t unless somebody’s guiding you.”

Loyola attended an adult grief support group where she could vent, cry or just talk. Leslie played games in children’s groups. For both Leslie and Loyola, being around other people who understood their grief helped, because so many people could not.

“At school, people treated me like I was going to break,” Leslie says. “It was nice to be in an environment where people had gone through similar things so they didn’t treat me any differently. It’s easier for adults to go to therapy. Kids can’t really comprehend that. I liked the games because they didn’t feel so serious.” 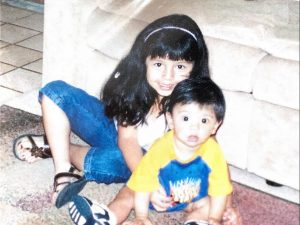 Leslie and her brother, Daniel

Loyola, a retired probation officer, later became a bereavement facilitator for the Grief Center. She had seen how unresolved grief impacted the lives of many people she saw in her probation work.

“I tell it like it is,” she says. “I don’t mince words. I’m not going to tell somebody they’re going to be ok because I don’t know. But there is hope on the other side. You just have to let people help you.”

Today, Leslie is graduating from college and wants to go to medical school.

The family established a scholarship in Daniel’s memory at the Fish Factory, a swim school on Eubank. The scholarship assists children under 3 years old or children with learning disabilities with the costs of swim school.

“He may have saved several lives by kids knowing how to swim,” Loyola says. “Little Daniel’s life wasn’t long, but it made a difference. As long as I’m here, he will be remembered.” 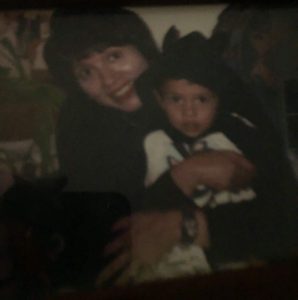