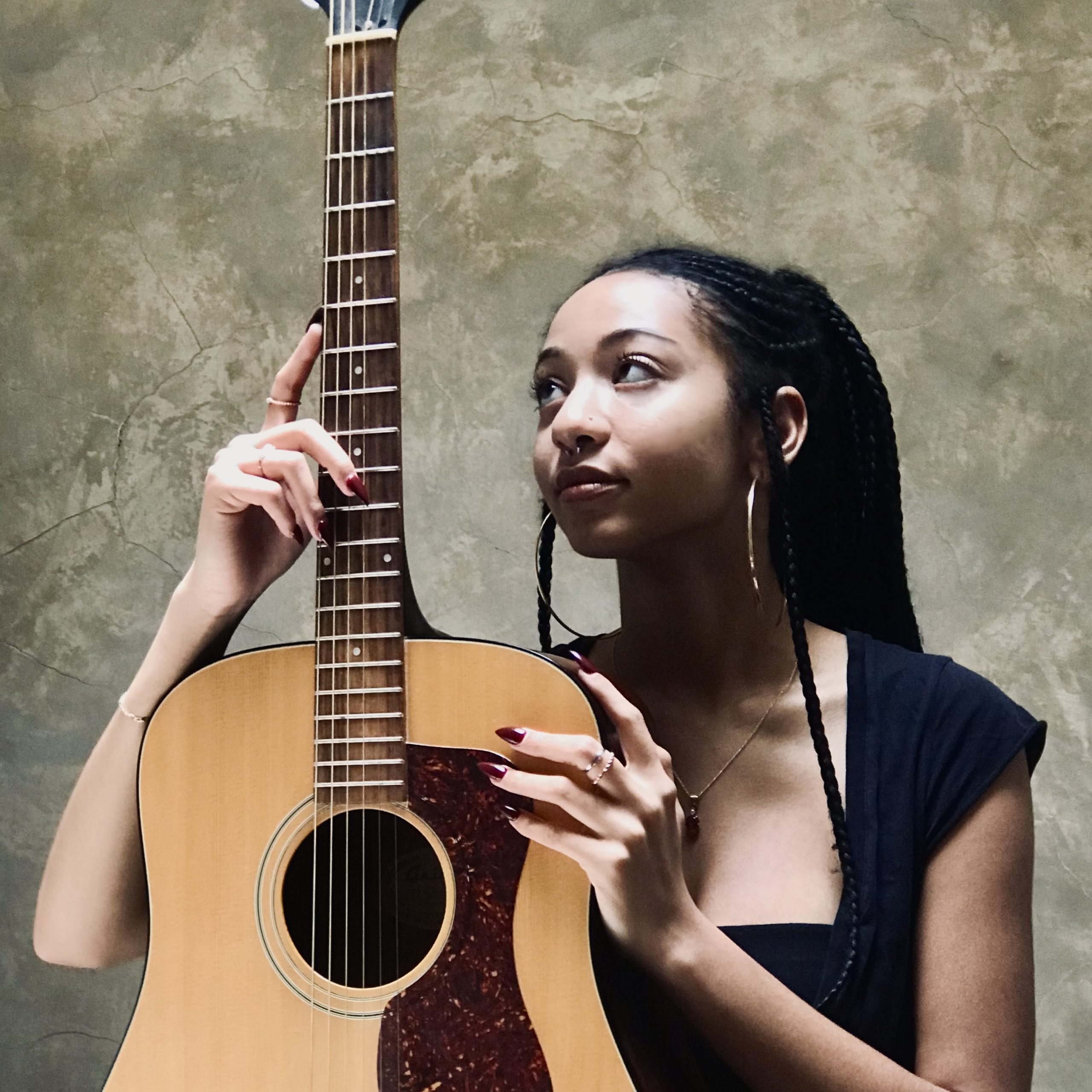 Samantha was just a small child when her father, Ian, partnered with Sky’s mother, Vanessa. Almost immediately, young Samantha formed a close relationship with Sky, as did Ian’s other daughter, Mamie. 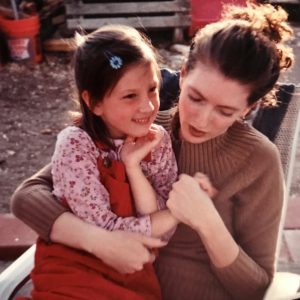 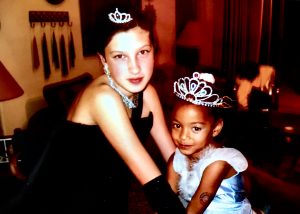 While explaining the family tree takes a bit of time, there was never a doubt about the love that flowed among the members of this blended family. That deep love was evident as the entire family was devastated when Sky died unexpectedly in 2010 at the age of 13.

Samantha, who was only five when Sky passed away, doesn’t recall much about the time after Sky passed away, but she gravitated toward Vanessa.“She wasn’t living with me full-time, but when my daughter passed, she often didn’t want to leave my side,” Vanessa said. “She literally moved in with us. I don’t know if she was trying to save me … . She was so little, so I couldn’t ask her.”

Regardless of which one needed the other the most, they worked through their grief together. They discovered the Children’s Grief Center of New Mexico to help with this process, particularly for Samantha, who attended the Center’s summer camp twice. Vanessa’s nephew, Nathan, also found help dealing with his grief at the Center. He went to evening gatherings throughout the year.

“The program helped Samantha and Nathan meet other kids who were grieving,” Vanessa said. “I was worried that first summer Samantha went. I thought she might come back sad, but she came back so excited and happy. She had so much fun. They did a balloon release. I think they drew on the balloons or wrote things about the person who passed away. They released the balloons to the sky, and she thought that was awesome. 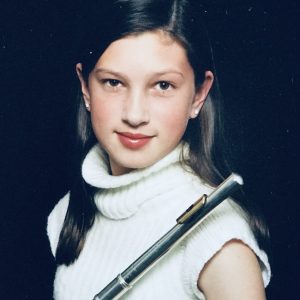 Sky with one of her many instruments

“For her, it was wonderful to meet other children who had experience with a child passing, so she didn’t feel so alone. That made me feel so happy that she had a fun, good, and beautiful experience.”

Sky was a talented musician who played the flute, violin, cello, and piano, and Samantha quickly followed in those musical footsteps, playing the piano, ukulele, and later the guitar. She’s also a talented singer. As an 8-year-old, Samantha knew she wanted to be involved in honoring her Sky’s life and promoting music.

Samantha would go with Vanessa to board meetings for the Sky Velvet Vassar Music Foundation. Sky’s uncle, Peter Kaplan, and others started the foundation to preserve Sky’s memory and to help other youths pursue their musical talents. The foundation provides music scholarships to youth.

Young and precocious, Samantha changed the entire tenor of the meetings.“She was a child who would just say things like, ‘Could I have a cookie?’” Vanessa said. “The adults there would be in a dark, sad place, and she’d light up the room. She asked if she could be on the foundation board of directors, and I said when she was grown. But one of the other board members said why not, and that’s how she became our first youth member.” 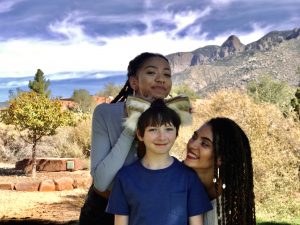 Samantha has been on the youth board of the foundation since then and is the spokesperson. Mamie, like everyone in the family, is a talented musician and graduated from the youth to the main foundation board, both of which are filled with people who were big parts of Sky’s life. Several years after Sky passed away, Vanessa and Ian welcomed a baby boy, Evan. The now 9-year-old plays the cello and is also on the SVVMF youth board. 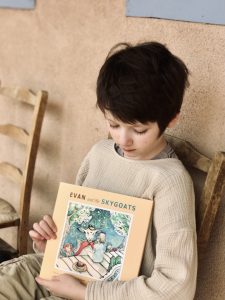 Samantha, now a senior at Amy Biehl High School in Albuquerque, plans to attend college next year and major in communication arts like Vanessa. Mamie recently graduated from Mills College in California.

Vanessa, who wrote and directed documentaries, stepped away from that when Sky died. In the aftermath of losing her daughter and helping Samantha, Nathan, and Mamie heal, Vanessa wrote a book for children who are grieving. The book, Evan and the Skygoats, has won three Purple Dragonfly awards and was named a 2021 winner of the New Mexico-Arizona Book Award for parenting and family.